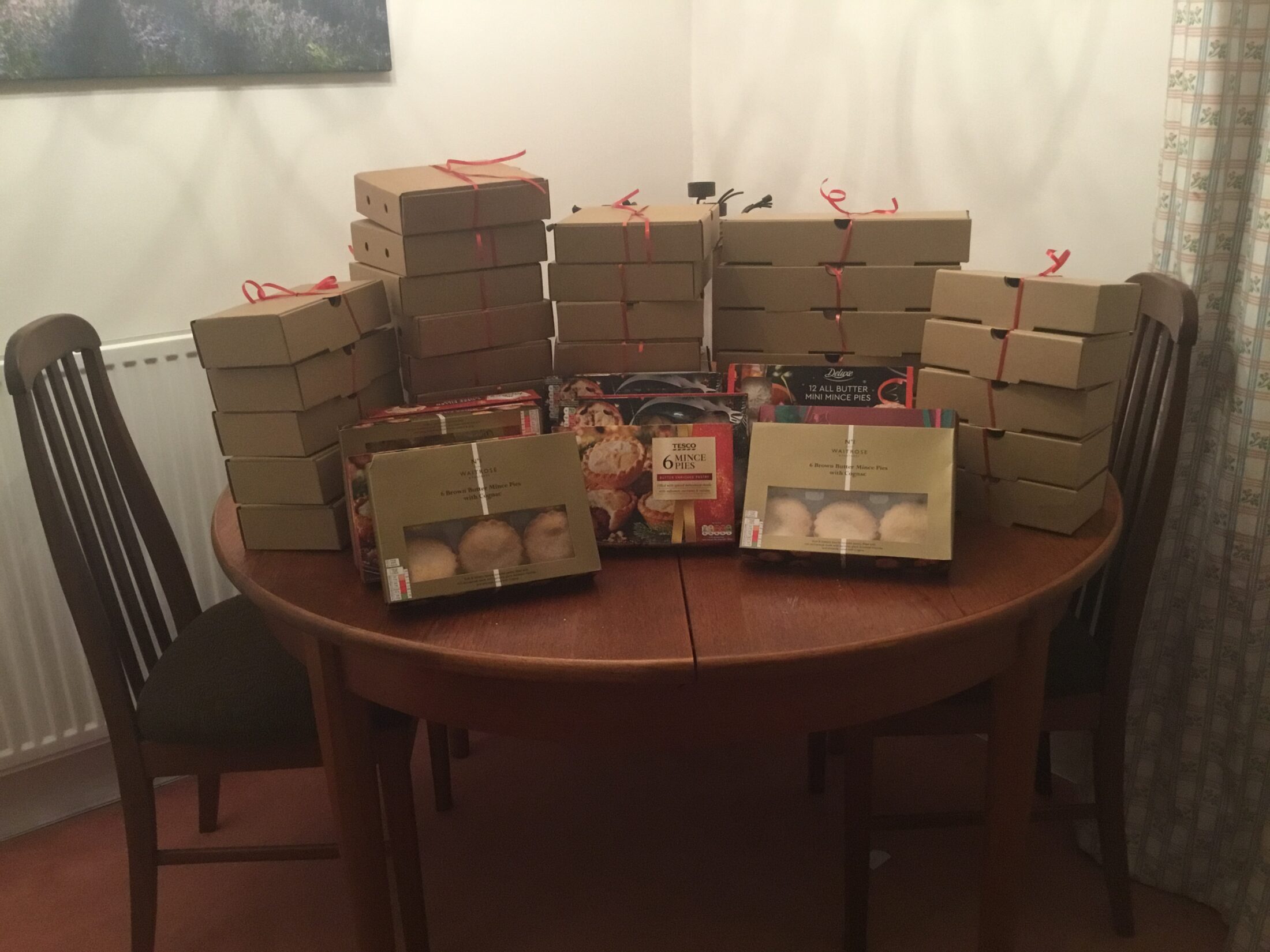 We are delighted to announce that the Grand Barrington Bake Off produced a bumper crop of mince pies for distribution to homeless people living around Oxfordshire. The target was 400, and an amazing total of over 520 mince pies were produced.  Well done to everyone who kindly took part.  And, from all of us, well done to Mrs Jeanette Barrington who coordinated the volunteers and took the lead in the baking.

The event was so successful, it drew the attention of the BBC.  Mrs Judith Bennett OBE was interviewed on the Sophie Law Show on Sunday 17th December.  The link to the interview is https://www.bbc.co.uk/sounds/play/p0djr9zj and the segment begins at 2:46.13.  (The link is available until Sat 14th January 2023).