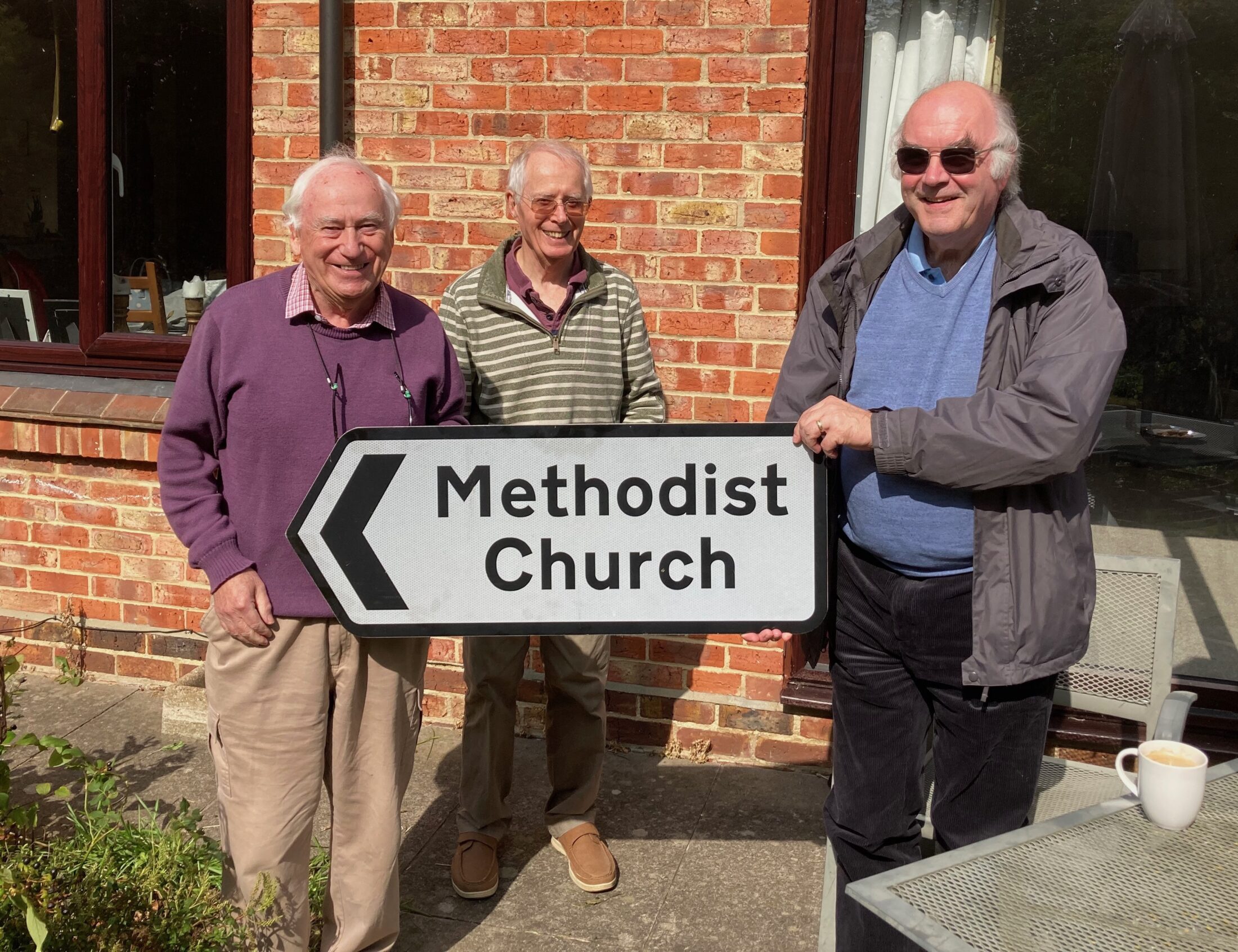 We were sad when Rev’d John Anderson announced his retirement, but two members of our congregation came up with a fabulous gift and keepsake to mark the end of John’s time with us.

When, in recent years, following the major works to St Mary’s, the Methodist and Church of England congregations in Chalgrove decided to become one congregation at St Mary’s, the road sign on the High Street to the Methodist Church became redundant, but it remained in place.  Mr Bob Heath-Whyte, our Licensed Lay Minister, and Councillor David Turner, approached the relevant authorities, who very graciously agreed to remove the sign and who were happy to donate it to be a quirky parting gift to mark the end of a ministry faithfully exercised.

Over coffee at the Vicarage, Bob and David presented John with his sign.  Now, wherever he is, he will always be able to find his way back.