The Medieval Wall Paintings in the Chancel

The main glory of St Mary’s is the internationally important scheme of medieval paintings on the upper walls of the chancel. Painted in the first half of the fourteenth century they depict, on the north wall the childhood and Passion of Jesus, and on the south wall the death and assumption of the Virgin Mary. Both narratives come together on the east wall and would originally have been augmented by a stained glass representation of Jesus in the east window. The paintings were lime washed over at the Reformation after 1547 and were re-discovered and uncovered in 1858. To view the paintings on this website return to the Home page and then click on the tab for the 360 degree view.

The life and Passion of Jesus

The stories in the paintings are read from west to east and from bottom to top, starting with the Jesse Tree. The first six paintings, the Jesse Tree, Annunciation, Nativity Adoration of the Magi, Slaughter of the Innocents and the Presentation in the Temple are all about Jesus birth and childhood. The remaining scenes starting with Judas top left are all about Jesus’ Passion, Crucifixion and Resurrection. Saint Helen of the True Cross and Mary Magdalene are both associated with this story, and stand on either side of the north east window. 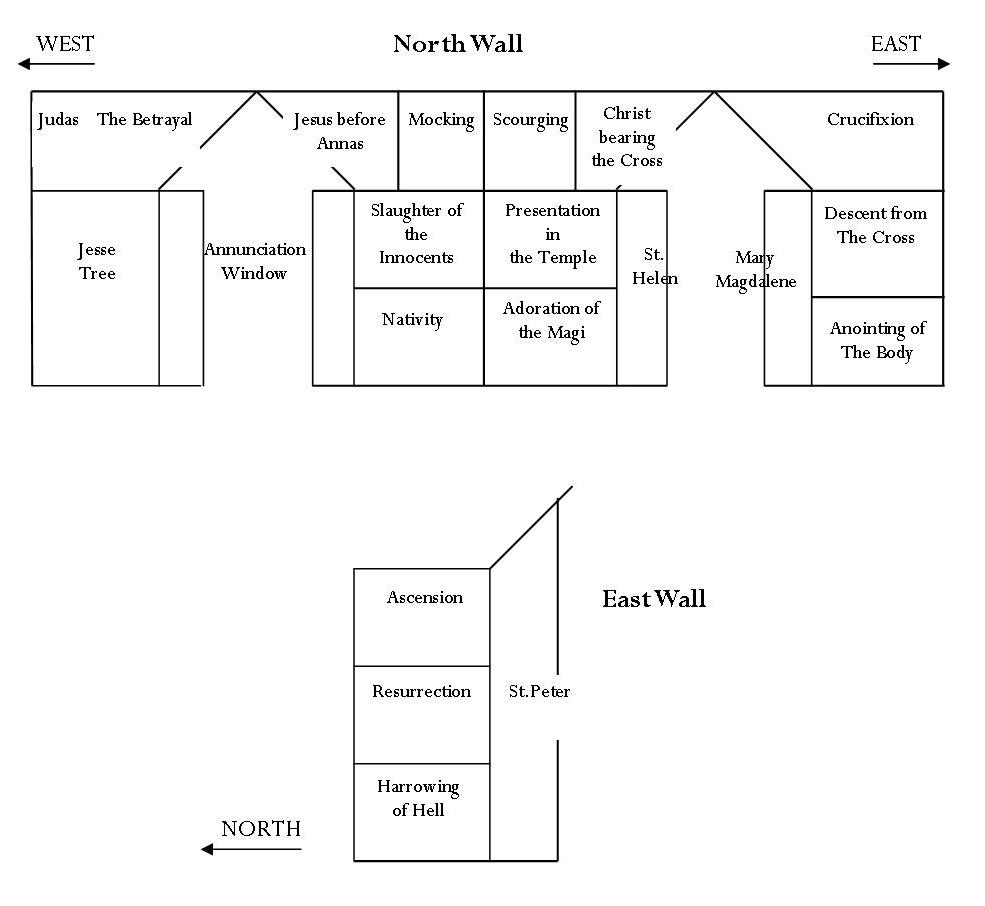 The death and Assumption of the Virgin Mary

The western end of the south wall is filled from top to bottom with a painting of the Day of Judgement, or General Resurrection. The Virgin Mary’s story starts with the Presentation of the Palm and proceeds eastwards to the large baroque memorial, then goes up to the centre tier where the Virgin says farewell to the Apostles and ‘neighbours’, the Death of the Virgin and then up again to the Funeral along to the Burial, then down and onto the east wall for the Assumption and Coronation. Four Saints, John the Baptist, John the Evangelist, Laurence and Bartholomew stand in the windows. 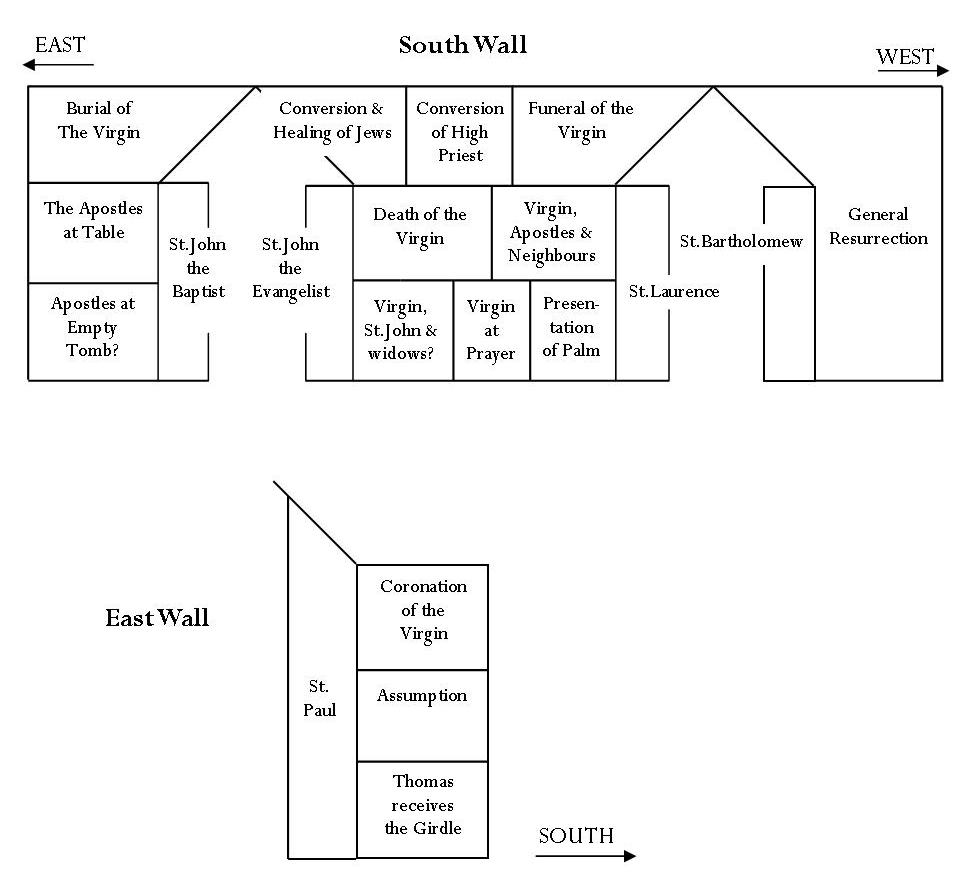 Illustrated Guide to the Wall Paintings

Online Course in New Testament Following the success of last...

Are you looking for some time to meet people and relax? You are...

We regret that this event has had to be postponed due to ill...

Were you inspired to create during Lockdown? If so, was it a...