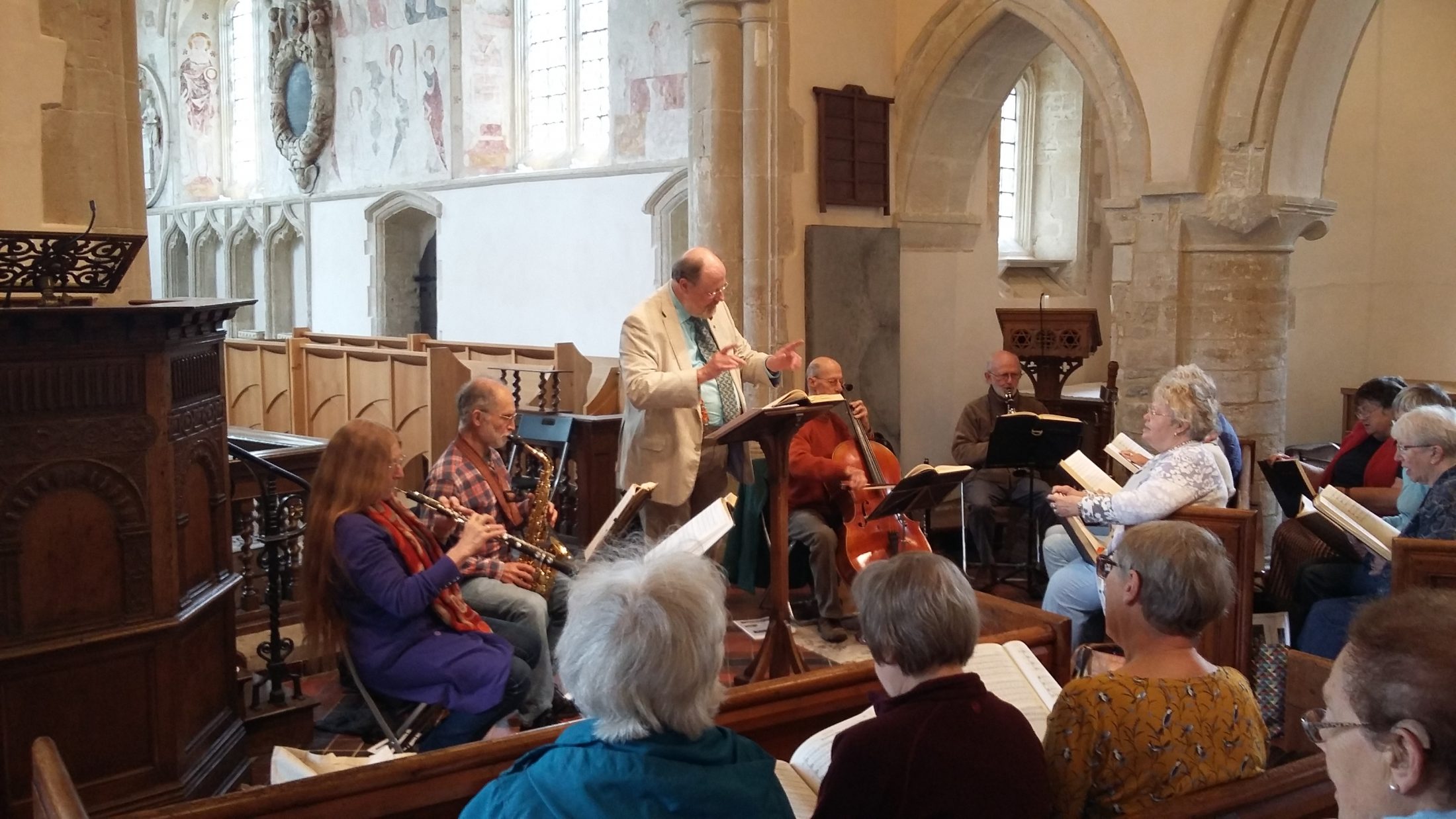 On Saturday 7th September some 40 members of Oxford Psalmody, led by Edwin Macadam, visited St Mary’s at the beginning of a tour of four churches in our area. Arriving before 10am, they were welcomed with tea and coffee and cake. Accompanied by their own small band of strings and woodwind, they then gave the audience three quarters of an hour of wonderful West Gallery Music, the anthems and metrical versions of the Psalms of David set to the music that once filled our churches in the eighteenth century. And they certainly filled St Mary’s with that music! What a treat! Many thanks to all who helped to host this event, but especially to Oxford Psalmody for their generosity.